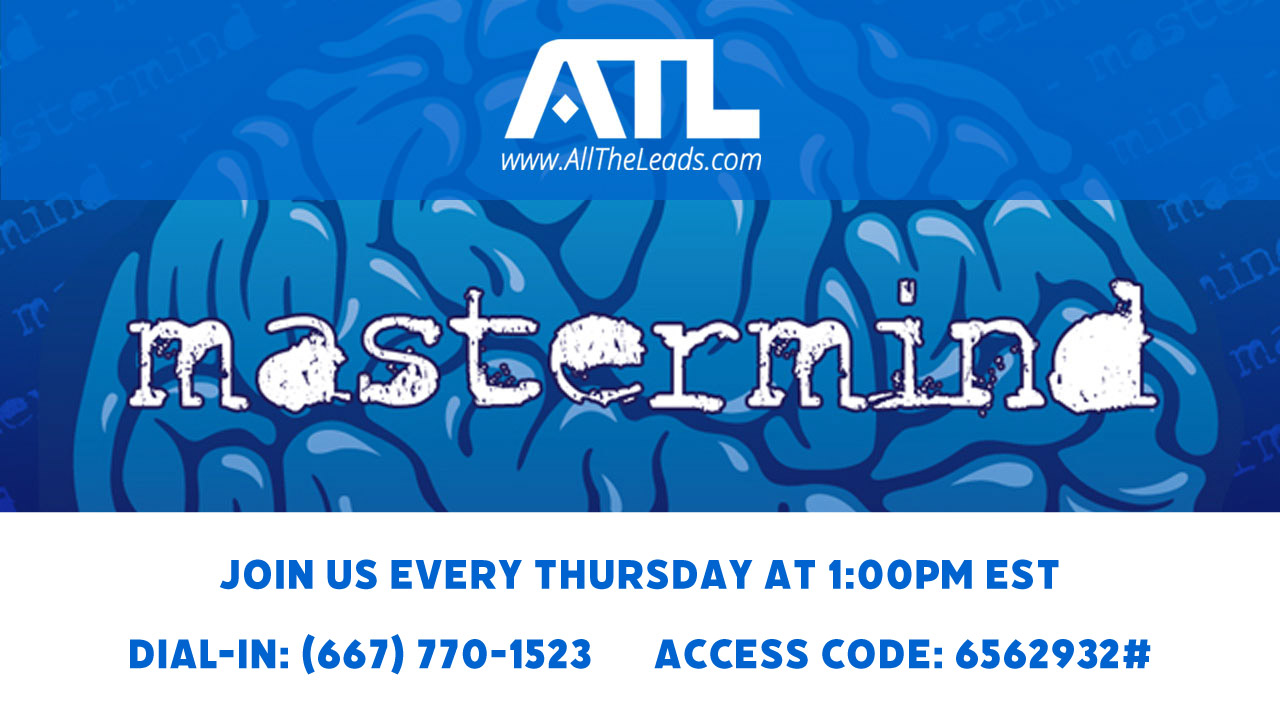 These episodes are recorded as a live Question and Answer Mastermind with participation from agents and investors across the country. Thanks for tuning in, and don’t forget to subscribe for future episodes!

0:54 How Can I Take the Probate Foundations Training?

David Pannell is closing 4 deals that will net him just shy of 6-figures in assignment fees! The deals came from one house he saw down the street that happened to be in probate.  The personal representative ignored his calls for over a year.  David shares a creative technique for getting a lead to answer your calls.

David and Bruce explain why getting yourself out of the mindset of thinking “I’m not ready” is a “no” is crucial to your success in prospecting.  David shares his actionable process for dispositioning leads and optimizing his follow-ups until appointments are set.

Rick Wilson has tailored his mail and calling campaign down to specific time frames to try to improve his contact rates.  Bruce shares his advice on language that will get people to return your call, either way, allowing you to find out if they have a property to sell.

33:49 When Should You Give Up Calling Prospects?

Rick asks if there’s a point where you should stop calling a prospect who hasn’t answered? Jim shares his insight on dispositioning these contacts temporarily. Bruce shares advice on value pitches that generate new interest from the leads he’s put on pause: His #1 Go-To? A free lawn-mowing offer.

Rick is reaching out to attorneys in his market and is looking for advice on getting past the initial impression of being another realtor looking for referrals.  Bruce and David share their advice on using invitations and custom gifts to stay on their radar.

44:38 Eddie Closes a Wholesale Deal; How Can He Close This Next One?

Eddie Van Buskirk is closing on a wholesale deal; he jokes that this deal is a reminder of why he prefers to double-close, rather than rely on the commitment of his end-buyer. Then, Eddie and Bruce do some transaction engineering to figure out how to acquire the property of a decedent with no next of kin. Eddie shares some insight on his work with Legal Aid in his market (Kansas City), using the Abandoned Housing Act to fix-and-flip abandoned homes.

Doug Converse reflects on his own sales approach after being on the other side; a lead provider called him and attempted to close over and over without listening to what Doug was saying.  Doug and Jim reflect on how trying too hard to close can often alienate your prospect.

Subscribe to stay up to date on everything All The Leads.

This is Probate Real Estate Mastermind Call #404 hosted live by All The Leads coaches.

This is Probate Real Estate Mastermind Call #403 hosted live by All The Leads coaches.

This is Probate Real Estate Mastermind Call #402 hosted live by All The Leads coaches.

This is Probate Real Estate Mastermind Call #401 hosted live by All The Leads coaches.

This is Probate Real Estate Mastermind Call #400 hosted live by All The Leads coaches.